The warnings of the two sides issued during the phone conversation for more than two hours between Xi and Mr. Biden showed that the US -China relations could be more tense.

During the two -hour long -lasting phone on July 28, President Xi Jinping warned US President Joe Biden to be cautious in every step and pay attention to the interests of Beijing in the issues they see as they are 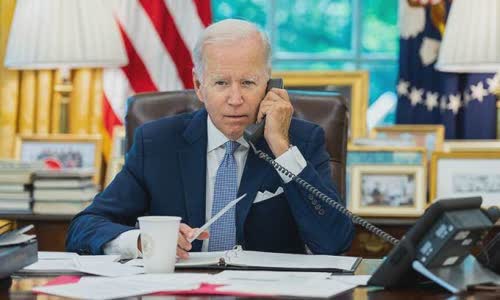 Those who joke with fire will burn.

Rupert Wingfield-Hayes, a BBC commentator, said that this was the highest warning warning in China to the United States.

On the US side, President Biden affirmed that Washington did not seek to upset the relationship between the two countries, and warned that both sides should not do so.

President Biden emphasized that the US policy has not changed and Washington strongly opposed anyone who changed the status quo or weakened peacefully and stabilized in the Taiwan Strait, Karine Jean-Pierre, Secretary of the Press House.

The phone call on July 28 was the fifth exchange of the two leaders since Mr. Biden took office, took place in the context of Washington - Beijing relations at an extremely sensitive time related to the issue of the radio issue.

Tensions have risen in the region for months, when China refused to join the Western sanctions aimed at Russia.

In May, Biden announced he would use force to protect Taiwan if the island was attacked.

The statement of President Biden then received response from the Taiwanese leaders as well as those with tough stance in Washington, but stumbled fiercely from Beijing.

Beijing's fierce reaction to Taiwan shows tensions between the two powers remained high, when the White House owner actively sought to change foreign policies, mobilize the power of allies and partners to to to

The tension continues to increase after much information that US House of Representatives Nancy Pelosi will visit Taiwan in August. Although there is no official announcement, Ms. Pelosi has asked other National Assembly members to join the trip.

Information about Ms. Pelosi's trip has sparked a wave of fierce opposition from China, when Beijing warned the US would bear the consequences if the Chairman of the House of Representatives visited Taiwan, even leaving an open action.

This threat has made the Pentagon right to plan for military measures to ensure the security for the visit if Pelosi decided to leave.

In An Hoang period, a professor of international relations at the People's University of Beijing, said that these warnings were released to prevent the US House of Representatives from coming to Taiwan, but that did not mean that China would use strong measures.

China clearly wanted Pelosi to cancel the visit, but Beijing certainly did not want to have military conflict with the US at this time, he said. 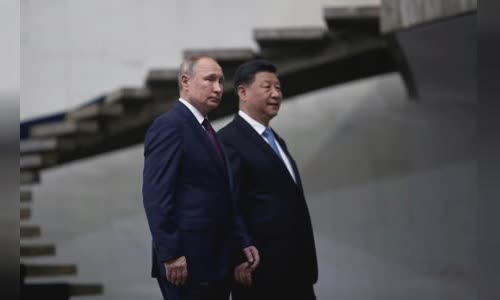 However, Professor Thoi said the atmosphere between the two countries was much worse than in March, when the two leaders talked to each other.

If Ms. Pelosi visits Taiwan, it will really push everything to the edge of the verge and will break the safety limit of the relationship, Dr. Lu Xiang, the research director at Hong Kong's Chinese Institute, one.

He added that Beijing would not accept the argument that President Biden could not interfere with Ms. Pelosi's visit because of the division of power in the US government, and considered the visit as a sign that the US government

August is also a very important period for Chinese politics.

In that sensitive time, Xi could be criticized if he did not respond strongly when the problem that China considered as sovereignty was challenging, Bonnie Glaser, director of the Asian program of German Marshall Fund in the US

Wang Huiyao, President of China Center and Globalization in Beijing, said that tensions between China and the United States significantly increased the risk of making mistakes, even causing conflicts.

In addition to the issue of Taiwan, US -China leaders also discussed tariffs released by the US under President Donald Trump for Chinese goods.

China also proved to be sensitive to the new US National Assembly's bill to promote the semiconductor industry, in order to reduce dependence on Beijing and other production parties.

Efforts to separate or cut off the supply chain despite the basic rules will not help promote the US economy.

The two leaders also exchanged conflicts in Ukraine, the issue that complicated the US -China relationship, but did not reach any breakthrough, US officials said.

Although the Chinese Foreign Ministry described the conversation between the two leaders, the commentator Wingfield -Hayes did not notice any positive signals for the US -Chinese relations in the future, apart from a commitment that that

When the two leaders only issued warnings without finding a common voice after the phone talk for more than two hours, observers could not help but worry about the tensions of the US - China continued to escalate.

Ali Wyne, a senior analyst at Eurasia Group, hopes that the US President and President of China finds a way to help the two sides avoid misleading calculations that can lead to incidents, especially in terms of Taiwan.

As a result, a military confrontation between Washington and Beijing would be much more cruel than the fierce battle in Ukraine or the weak recovery of the world economy after the pandemic, Wyne said.