The pressure surrounded Ukraine against the prolonged war risk

If the conflict varies into a war that lasts for many years, Ukraine is hard to compete with Russia in terms of battle resources.

Over the past 6 months, the Russian and Ukrainian troops have confronted each other in a devastating conflict on the line longer than 2,400 km, causing severe casualties for both sides. 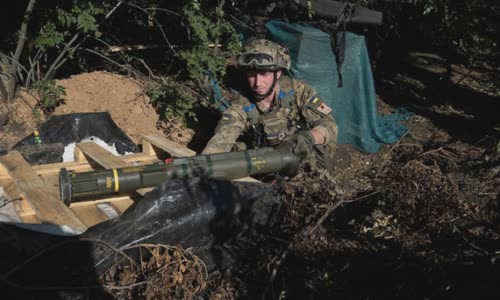 Fighting is considered to be entering a new phase, with a stalemate both in the battlefield of the East and southern Ukraine.

Meanwhile, Ukraine announced that it would open a big counterattack to regain the lost territory and break the current deadlock, but it was unclear when the campaign was launched.

A Ukrainian soldier carrying AT4 shoulder -to -shoulder anti -tank gun outside the city of Bakhmut, Donetsk, eastern Ukraine, on August 24.

Both sides are preparing for a prolonged conflict, but Ukraine has more reasons to try to avoid this script.

In the view of Ukraine, the fighting could not take place indefinitely.

On the Russian side, President Vladimir Putin is also under a number of political pressure forcing him to win breakthroughs on the battlefield, especially after continuous raids on the Crimea peninsula and the killing bombing.

But many signs show that President Putin will ignore those calls and still focus on eroding strategy, exhausting Ukraine forces in a long -term battle.

Analysts said the decree showed that Putin was clearly preparing for a long -term conflict and many losses.

The expectation that the conflict will end at Christmas or the next spring is wrong, Ruslan Pukhov, defense analyst, the head of the Center for Strategic and Technology Analysis, headquartered in Moscow.

Ukraine has been motivated over the past week thanks to the promise of a US $ 3 billion military aid package from the United States.

Officials emphasized that President Biden maintained the goal to help Ukraine win the final, even in a consumption war, if that happened.

On Russian state media, the message that Moscow is only in the early stages of the long -term and persistent war against the West being widely spread.

We will have fewer Russian tourists in Europe, but the Russian military scale will increase 140,000 regular soldiers.

While Putin could be satisfied with the prolonged deadlock on the battlefield of Ukraine, President Zelensky had to race with time. 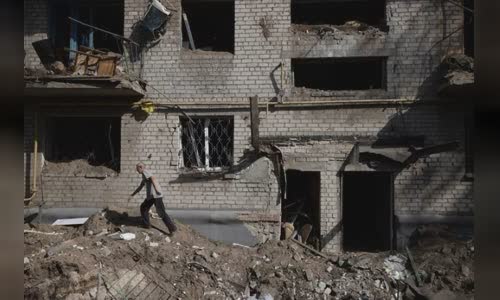 The difficult economic situation, the continuous risks of the missile raids as well as the depression and fatigue of the people will gradually fight against us, Andriy Zagorodnyuk, former Ukrainian Defense Minister, wrote.

A building was hit by a rocket in Sloviansk, Donetsk, eastern Ukraine, on August 25.

It would be meaningless to extend the conflict for many years to see who exhausted resources first, he said.

According to Western officials, Russia can organize a referendum to merge some of Ukrainian territories the earliest next month.

However, some military analysts found that Ukrainian civil and military leaders were having great disagreements in the counterattack campaign.

There are political desires to show international partners that their support for Ukraine will lead to victory, not a stalemate situation, Jack Watling, senior expert at the Institute of Thong Nhat Army.

But Watling noted that a military counterattack needs to be based on the conditions on the battlefield, not on politics.

Ukraine last month has shifted to new strategy, hit the targets in the rear of Russia, after months of fierce artillery and urban fighting in the eastern region

Using a long -range Rocket led by the US and Western allies, the Ukrainian army has ambushed the arsenal, base, headquarters and Russian positions deep behind the battle line.

Ukraine over the past few months has planned a big battle in the South.

For President Putin, instead of admitting a stalemate, he asserted that the Russian army continued to attack in the Donbass area, eastern Ukraine, step by step.

But a senior US government official described Russia's progress in Donbass that it was so slow that it was only 500 meters to go to them.

In Ukraine, Mr. Zelensky is still supported by the public in the effort to confront Russia.

With a plan for a counterattack in the South, President Zelensky is trying to show solidarity with his army generals.

We worked as a team, Mr. Zelensky said.