Ukraine's counterattack made some Russians bewildered about the military campaign in this country, while others called Kremlin more drastic.

Officials and commentators on Russian television over the past few months described the special military campaign in Ukraine, which is promoting effectively, gradually achieving demilitarized and non -fascist goals in Kiev. 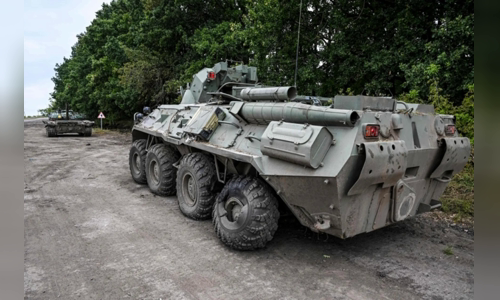 But the recent chaos of the Russian forces in Kharkov, northeastern Ukraine, with a series of heavy weapons discarded, made the public opinion the country stir, when the scholars and analysts tried to rational reason reasonable

We are forced to understand a simple thing that Russia cannot defeat Ukraine with the current resources, as well as with the tactics of using professional soldiers under contracts or mercenaries without issuing the command of the General, the former

We either have to command the general encouragement and conduct a comprehensive war, or withdraw troops from Ukraine, he added.

Nadezhdin's opinion immediately faced the opposition of another commentator also on NTV.

President Vladimir Putin has not issued a command of the general to encourage and declare war on Ukraine for many months, seemingly worried that this increases tensions with the West as well as creating an insecure psychology in Russian society.

The controversy of two political commentators on NTV is only one of many debates on Russian television programs after Ukraine's effective counter -attack week.

Dmitry Kiselev, one of the leading hosts supporting Kremlin, started the weekly Sunday show with the comment that it was the most difficult week in the front line since the beginning of the campaign.

Many others consider this failure in Kharkov as an opportunity to promote the call for Kremlin to be more fierce in the military campaign in Ukraine, and call on people to support the war.

I could not stand those angry tones, Margarita Simonyan, General Director of RT channel, written on Telegram on September 10, after many military commentators, Russian scholars angrily said that the withdrawal in Kharkov

The image of the Russian military convoy moving to Kharkov published on September 9.

Meanwhile, many other Russian news agencies simply chose to mention Russia's withdrawal from the territories that were controlled in Ukraine, including Izyum and Balakliya.

Rossiyskaya Gazeta, the official Russian government newspaper, stated that the Ukrainian army had died of 4,000 people in the counterattack last week. 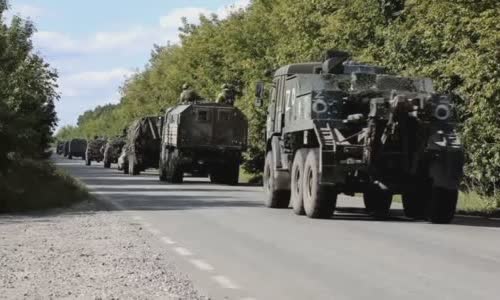 However, when referring to the combat activities in Senkove or the Oskil River, Russian media implicitly admitted how deep Ukraine advanced, Mark Galeotti, head of the Intelligence mayak group, wrote on Twitter.

Vladimir Solovyov, who hosted Rossiya 1, was famous for his Western attacking tone, on September 7, announcing that the counterattack would not go smoothly as Ukraine expected.

However, in the weekly Sunday program, the story has changed significantly.

Solovyov on this occasion calls for Russia to apply the tactics that NATO has used, which is aimed at key Ukraine's key infrastructure to easily disable the opponent.

When Solovyov's program was broadcasting, the Russian forces raided the missile into the target series in Kharkov, causing power outages in more than 30 northeastern settlements of Ukraine.

The scene of the flame covering the power plant in Kharkov has made many Russians have a hard view.

I was happy to have seen Ukraine's energy infrastructure raids, because it was very important to win, Evgeny Poddubny, a battlefield reporter supporting electricity Kremlin.

On September 11, the Russian state media continued to publish the victory statements as before, when the Ministry of Defense said it was conducting intense air strikes on many targets in Ukraine.

We raid the opponent not only on the ground but also from the air.

Skabeeva said President Putin two months ago said that Russia had not even started the war, but now it seems that the time has arrived.

Despite Ukraine's limited successes in the counterattack campaign, the West still gives Russia the advantage in this war.