The tension between Washington and Western allies increased, as US officials said that the EU hesitated to financial support for Ukraine.

At the last week's meeting with European officials, US Finance Secretary Janet Yellen called on them to speed up the speed and increase the amount of aid for Ukraine, according to a source of believing. 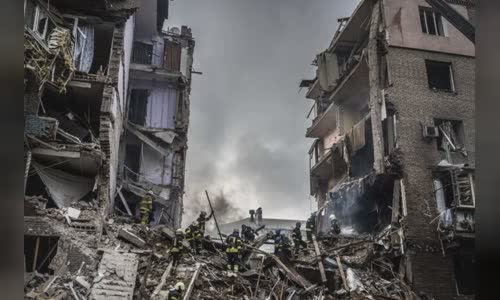 The WB forecast recently said that Ukraine's economy will drop 35% this year, while Ukrainian financial officials say inflation can reach 40% next year, close to the super inflation milestone by definition.

Even when the situation on the battlefield is having an advantage for Ukraine, the country's exports have dropped sharply, millions of people have to flee the war and many infrastructure, including the grid, and attacked.

International support is not enough to compensate for the losses that Ukraine is suffering.

Ukrainian firefighters at the scene of buildings were destroyed by air in Zaporizhzhia on October 10.

The US disbursed US $ 8.5 billion in economic aid to Ukraine and expected to add 4.5 billion USD by the end of this year.

We call for partners and allies to join by quickly disbursing the money as committed to Ukraine and more efforts, both to support Ukraine to continue the government's essential services,

On October 12, Yellen emphasized the need to quickly disburse directly, instead of loans, to help Ukraine.

Sponsors need to do more.

American and Ukrainian officials are careful not to cause friction with European allies with harsh criticisms, but still want to convey their dissatisfied attitude towards the EU's slow aid process.

I know they are very disappointed, a former senior official of the US Department of Finance said.

The European Committee spokesman Nuyts Veerle rejected the idea that the EU had been disbursed slowly or not enough.

In addition to the military aid, the European Commission also pledged to disburse nearly US $ 10 billion to support Ukraine's emergency economic support later this year. 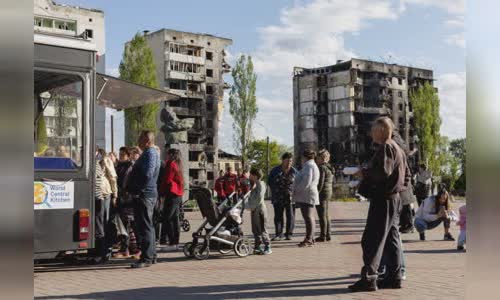 It is difficult for the EU to make a decision to support Ukraine quickly because they must have consensus from member countries, while the US may approve expenses without consulting from other countries.

The EU welcomed and cared for millions of refugees from Ukraine.

The EU is facing its own challenges in the context of global economic prospects.

But the economic situation in Ukraine is worse and recent warnings are increasingly serious, despite the victories on the battlefield.

The current Ukrainian tax revenue is almost entirely for military activities, forcing the government to print new money, causing inflation to increase and the value of money decreases.

We understand a lot of Western countries have our own problems, but the current aid is hardly enough to support the people of Ukraine, Zablotsky.

People line up to receive food in Borodyanka, suburb of Kiev, Ukraine, on May 16.

Kenneth Rogoff, economist Harvard and former Economist of the IMF, fearing inflation in Ukraine continued to skyrocket within the next 6 months without additional support.

They are so desperate that you can't imagine.

Yellen's comments reflect US frustration with the European economic aid for Ukraine, according to Jacob Kirkegaard, senior member of the US German Marshall and Peterson.

The European Commission recently made the same commitment, but faced many doubts from international experts about the ability to implement, because they have not yet completed the targets.

They were not ready to participate as the US desired.