Watching every inch of land in Tien Phuong Ukraine City

When Russia increased the pressure to attack to Bakhmut, the city was engulfed in the rainy day, at night Ukraine soldiers had to fight, win every inch of land.

The Ukrainian army has liberated tens of thousands of kilometers over the past month in the eastern region of the country, especially the Kharkov province and gradually entered the Donbass region, but has not relieved Russian attack pressure in Bakhmut. 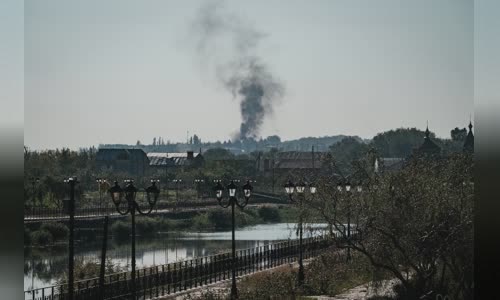 Before the outbreak, the city was the center of wine production and salt exploitation in northeastern Ukraine, with a population of about 70,000 people.

Bakhmut is a strategic base in northern Donetsk, located on the main road, leading to two major cities including Sloviansk and Kramatorsk in the same province.

Bakhmut is one of the few places in Ukraine that the Russian forces still maintain the momentum, though very small, Jonathan Beae, BBC reporter is present in this city.

AFP correspondent here said the Ukrainian forces still controlled the northern and western areas of the city, after the Russian billionaire Yevgeny Prigozhin, who was said to be the owner of the Wagner Private Security Company, declared the army.

An obstacles against steel and concrete tanks are called zero points, marking the frontline in the city, not yet infringed.

The Russian separatist is heading east and south of Bakhmut from the base in Donetsk about 100 km away.

If Bakhmut won, Russia could somewhat aroused the spirit of soldiers after a series of defeats in a row of the recent Ukrainian army's counterattack. 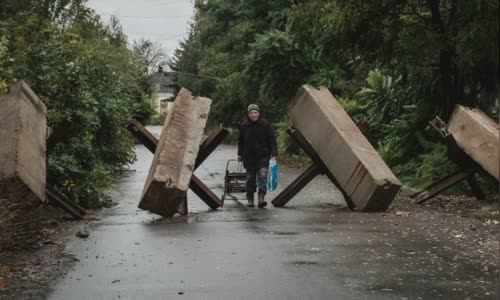 People go through obstacles against tanks in Bakhmut, eastern Ukraine, on 11/10.

The Ukraine's loss of two suburban villages raised concerns that the Russian forces, including Wagner mercenaries, could have invaded the eastern part of Bakhmut, according to British intelligence.

On the battlefield, Ukrainian soldiers said they had fought close and fought every inch of land with the Russian forces and the separatist faction.

The opponent began to attack when the night fell.

Poliak said that Russia often deployed a small group of reconnaissance soldiers to distract the Ukrainian forces, while the more elite units tried to invade and conduct sabotage activities in the city.

From then until 5am, we had to fight 7-8 such attacks, Poliak said.

One evening, his unit used night glass to observe the battlefield and believed that they had discovered Russian reconnaissance soldiers, so they opened fire.

Since then, Poliak's unit has been withdrawn to rest. 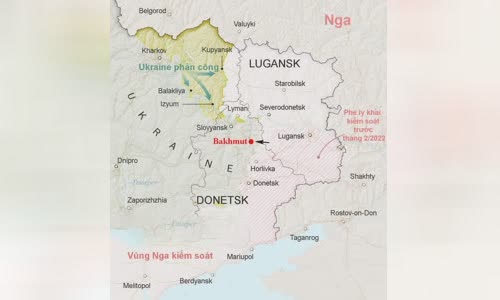 The location of Bakhmut city in eastern Ukraine, where Russian forces are seeking to control.

Most buildings in the center of Bakhmut city are damaged at different levels after two months of fighting.

Bakhmut has no tap water, electricity is completely cut from 10 days ago.

Luba, 80 years old, stood blankly on the road, hugged a bunch of firewood in her hand.

Meanwhile, the Ukrainian army announced that the Russian forces would not be able to capture Bakhmut.

If they enter Bakhmut, they will suffer heavy losses, Colonel Cherevatyi said.

For nearly 8 months, Russian missiles have often attacked Zaporizhzhia at the time when people were asleep, Governor Starukh said.

He said that the Russian forces have achieved tactical progress and can control villages on the outskirts of Bakhmut, a strategic city in eastern Ukraine.