Ukrainian presidential adviser Podolyak called to destroy the Crimea bridge with Russian land, after the peninsula occurred a series of explosions.

That bridge is an illegal entity. 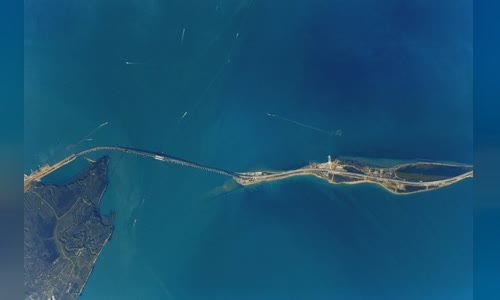 Podolyak mentioned the Kerch bridge connecting the Crimea peninsula and the Russian mainland, referring to this bridge could become the military target of the Ukrainian force.

Russia has not responded to Podolyak's statement.

In April, Olga Kovipris, a senator representing the Crimea peninsula, declared the Crimea Bridge protected by many defensive layers, including air defense units.

The Crimea bridge connects the Crimea peninsula to the Krasnodar region in southwestern Russia.

Ukrainian President Zelensky urged people to live on the Crimea peninsula away from Russian bases, warning that these places could also explode.

The leader of Crimea Sergei Aksyonov said the Russian security agency had removed the Islamic terrorist group of 6 people on the peninsula and accused the group of people listening to the instructions from Ukraine.

CNN, meanwhile, was shared by an Ukrainian official's internal circulation report, admitted that Kiev was behind three explosions in Crimea last week, including an explosion at the Saki Air Base.

The battlefield in southern Ukraine continues to be a hot spot when Kiev is determined to re -control the area from Russia.

The base of the occupants was destroyed at Nova Kakhovka.

Russia has not responded to information. 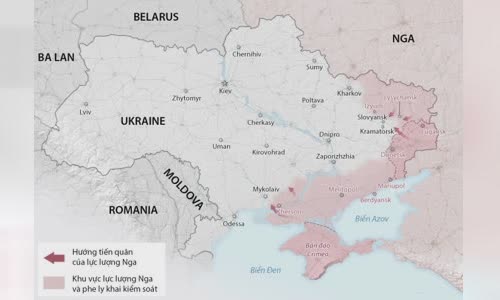 Mayor Ivan Fedorov of Melitopol, in Zaporizhia, southeastern Ukraine, posted on Telegram that a series of loud bangs appeared near the enemy's base in the city center.

The mayor Fedorov added that he was waiting for more details of any losses that the Russian forces suffered.

One of the most noticeable weapons on the battlefield of Ukraine is the Himars junction artillery.

During a press conference on August 15, the German Prime Minister said that the Ukrainian conflict was not the war of the Russian people, but the war of Putin.

Polish Deputy Minister of Foreign Affairs criticized this statement, accusing the German Prime Minister not reading information about great support from the Russian people with the policy of President Putin.

The United Nations Human Rights Office (OHCHR) as of August 15 recorded 13,212 ordinary casualties, of which 5,514 people were killed, since the conflict broke out in Ukraine on February 24.

The United Nations High Commissioner for Refugees (UNHCR) reported nearly 10.7 million people who left Ukraine and more than 4.5 million people from abroad to Ukraine for nearly 6 months of conflict.

When Vasiliy was walking with his wife in Kharkov, Russian soldiers suddenly blindfolded, tied his hand, pushed him into a bus, starting a nightmare journey in the prison.