The brain behind the nose of Ukraine's unexpected counterattack

General Oleksandr Syrsky was the one who proposed a plan to open a surprise counterattack into Kharkov, where he realized as a weak link in the Russian room.

The Ukrainian Army General Staff Department earlier this week said the commanders participated in the design of a lightweight counterattack campaign in Kharkov province including Commander of the Armed Forces Valery Zaluzhny, Chief of Staff Serhiy Shaptala, Commander of the Regional Road Office 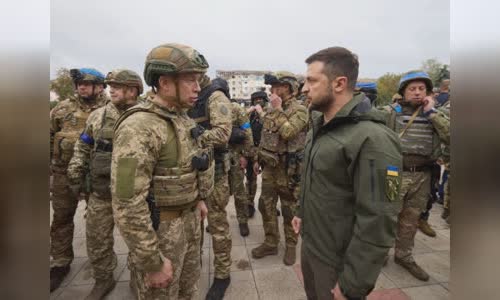 However, Ukrainian experts and media said the chief architect of the counterattack was General Syrsky.

When the town of Batakliya in Kharkov was liberated in the middle of last week, Syrsky was the chairman of the flag ritual in front of the city hall, marking the completion of the task of controlling the points of the Russian forces in the area.

Less than 5 days later, President Volodymyr Zelensky was able to visit the Izyum strategic city, the new frontline of the Ukrainian army after repelling the Russian forces from the Northeastern province.

Syrsky, 57 -year -old Lieutenant General, was also the commander of the Kiev Capital Protection Campaign in the early stages of war, when the Russian forces sought to surround Kiev for nearly two months.

He is considered to be a quieter, preferring to read books rather than appearing before the media, according to the Washington Post.

Syrsky entered the ranks of Ukrainian army leaders since 2007, when he started his position as Chief of Office and Deputy Commander of the Command of the Armed Forces.

In 2014, when the conflict broke out in the Donbass region, eastern Ukraine, Syrsky was transferred as Deputy Commander of the Campaign against the separatist faction.

In 2019, in the middle of the Ukrainian army reformed Western standards, he became the Commander of the Army.

With more than half a decade of attachment to the Eastern battlefield, Lieutenant General Syrsky in September was tasked with commanding a counterattack campaign in Kharkov. 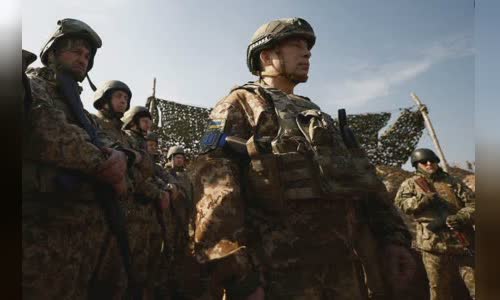 Syrsky is a seasoned military officer, planning for all situations, including scenarios that he himself thinks that it is unlikely, the editors of the Washington Post written in the battle analysis.

In the period of Russia -Ukraine border tensions escalated but not touched the conflict, while many Ukrainian army leaders and Western military experts said that Russia would never bring infantry to Kiev, Syrsky

General Oleksandr Syrsky (center) visited a base of the Ukrainian army in March. Photo: Reuters.

He did this, although he himself at that time thought that the Russian army would focus on the East, the war will mainly occur in the route between the government and the separatist faction in Donbass.

Commands to change positions, relocate expensive weapons and weapons to safe areas, divide combat areas and set two defensive belts in Kiev, which was completed by Syrsky nearly a week ago.

When the combat planning was in the third phase, the Ukrainian period was counter -attack, Syrsky was the one who gave the idea of opening the nose to attack the ribs into the Russian room in Kharkov.

His idea was initially faced against the General Staff, but he finally persuaded the military leadership to turn on the green light for the plan, Ukrainian political analyst Aleksey Golobutskyi.

The town of Balakliya was controlled by the Russian army on March 2, less than two weeks after the battle broke out.

According to the combat plan outlined by General Syrsky, Ukraine forces quickly surrounded the town, allowing many other units to quickly advance towards the Oskil River, cut in half of the Russian army's room. 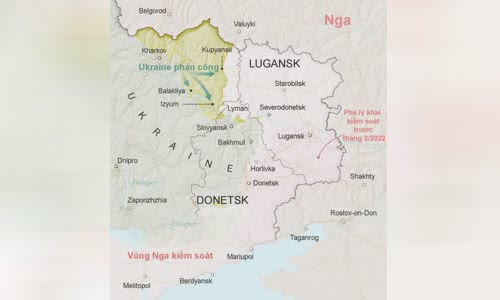 There are three small bridges across the Oskil river in the area, but all are within Ukraine's artillery shells.

The Russian forces were placed in the foot of the OSkil line and could not support the rest of the base.

The Ukrainian army began to close around Balakliya the next day.

More than a week from the day of commanding the Kharkov troops to launch a counterattack campaign, General Syrsky was present in the Izyum strategic city to report on the development and results of the campaign with President Zelensky.

Observers said that with their vision and ability to regulate the soldiers, General Syrsky has contributed significantly to the initial success in the counterattack campaign.

When Ukrainian generals frantically announced the opening of Russian counterattack in the South, they silently prepared to blow unexpectedly more than 600 km away.