Russia continuously launched a gas blow with Europe with serious supply interruptions, but did not break the EU solidarity.

The annual meeting of the largest Business Association of France Le Mouvement des Entrepses de France this year has a very different theme. 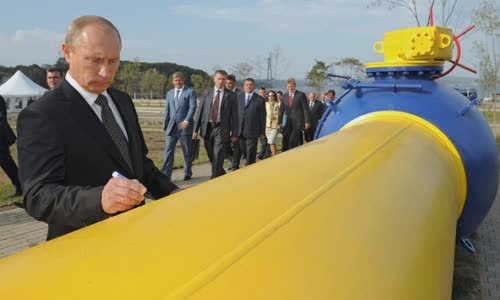 If Russia completely cut the supply this winter, Europe will not have enough gas.

The French government says the only way to avoid crisis is to significantly reduce energy consumption in the next 6 months.

Pierre-Louis Brenac, adviser for Sia Partners, a consultant provider for energy companies in the European Union (EU), UK and the Middle East, saying that the French energy situation is still much better.

On the other side of the Manche Strait, the British energy management agency announced an 80% energy price increase next month.

Part of the problem is that the British government is not willing to make large spending decisions until the election of a new conservative party leader is expected to replace Prime Minister Boris Johnson next week.

Although Germany has decreased depends on Russian gas from 55% to 26% in the past year, the gas price has increased rapidly.

The energy crisis since the outbreak of Ukraine has brought many difficulties to European countries, and posed challenges with the solidarity of the continent.

The analyst Brenac said that European division was one of the goals of Russian President Vladimir Putin.

But up to now, Europe has been quite unified on the Russian response front.

Europe today began to return to the cooperation policy in the field of energy, like the initiative called the European coal community since the 1950s, Eleanor Beardsley, NPR analyst.

The solidarity of Europe was also discussed at the Paris Business Forum, opened on August 29 with a speech via video of Ukrainian President Volodymyr Zelensky.

Putin threatened all of us with the war as well as the tools of food and energy, Mr. Zelensky said, then invited French companies to help rebuild Ukraine at the right time. 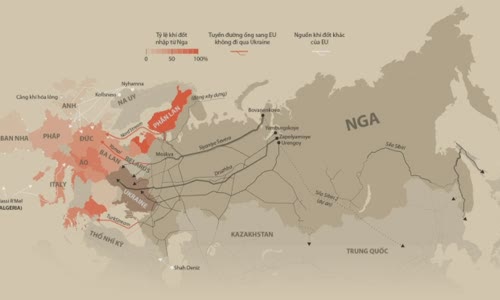 Antunes says French businesses will of course worry about profits when energy prices skyrocket, but one thing is even more important.

The CEO of Eco Pro added that Russia's war in Ukraine and Russian energy moves caused a threat to European companies greater than the increase in energy prices.

Europe is facing a difficult winter, perhaps two years of change with many economic pain.

Analysts say Germany can quickly fill the gas reserves in recent weeks due to some factors.

Germany did not react too drastic when Russia's Gazprom gas group announced indefinitely close -pipes Nord Stream 1 due to the discovery of turbines at the Portovaya station leaked.

Ian Bremmer, President of the Eurasia Group political risk consulting company, said that Germany increasingly seems to overcome winter without allocating gas to the norm, even in the worst case, Russia stops.

That is good news.

However, some observers show that the threat of gas deficiency is still available, when the EU reserve warehouses are still full for three months.

Andreas Schroeder, head of the energy analysis at ICIS, said that Russia's leverage with European energy has not ended, but gradually losing weight.