The warship of the Russian Black Sea Fleet has continuously patrolled the Crimea coast, while the fighter jet took off from the nearby air base, turning the peninsula into a fortress since 2014, the time of Russia merged Crimea.

Every inch of the land here is soaked with the blood of the Russians, from the wars in the 19th century to World War II.

After Putin launched a military campaign on February 24, Russian attacks from Crimea quickly controlled Kherson province and many other areas in southern Ukraine.

In the early months of the conflict, Crimea seemed to promote the role of a fortress and pedal for Russia to deploy forces into Ukraine.

But over the past few weeks, the explosions have been constantly appearing on the peninsula.

Last week, a series of explosions at the Saky military airport in southern Crimea destroyed most of the 43th Air Force Bullets of the Black Sea Fleet.

On August 16, the major explosions shook a Russian bullet near Mayskoye village in Crimea.

About 17 km from the explosion position, a transformer station in the town of Dzhankoi also caught fire.

The Saky Military Airport satellite photo in southern Crimea on May 16 (above) and on August 10, after the attack.

The Russian Ministry of Defense said attacks were sabotage acts, admitting that the conflict in Ukraine was spreading to Moscow's territory.

In the attack on August 16, at least two civilians were injured, power lines, railroads and houses were damaged in Mayskoye village, according to Russian officials. 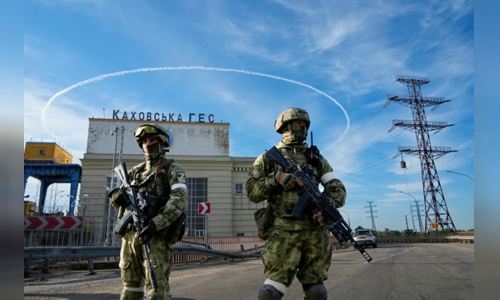 Crimea is an attractive tourist destination for Russians in the summer.

Ukrainian President Volodymyr Zelensky said that the flow of people who left Crimea came to Russia showed that they understood this peninsula is not a place for themselves.

Ukraine leaders have not publicly acknowledged the responsibility of any recent explosion, maintaining a vague strategy for attacks behind the front line.

While Podolyak adviser warned the Russians about the risks from the explosions on the Crimea peninsula, President Zelensky praised those who helped intelligence and the Ukrainian special forces, and advised ordinary people in Crimea to stay away from the

CNN on August 17 said that a Ukrainian official shared the internal circulation report of the government, which admitted Kiev behind three explosions in Crimea in the past week.

The report describing the explosion at the Saki Air Base was a loss to Russian military infrastructure in Crimea and the later attacks were evidence that Ukraine's military capabilities were aimed at the peninsula.

Pavel Luzin, Russian military analyst, said the capacity on the battlefield of Moscow is being limited because of continuous attacks targeting Crimea, where Moscow is used as a gathering point of force and supplies,

The Russian military is difficult to take the initiative because there is not enough resources.

In April, the Russian Ministry of Defense warned that any Ukraine's attack on Russia, by targeting Kiev.

In July, Dmitri Medvedev, Vice Chairman of the Russian Security Council, said that if Ukraine attacked Crimea, the judgment date would occur in the country. 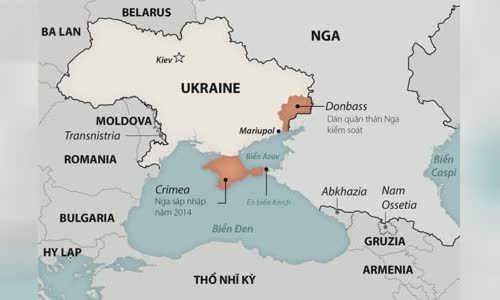 After a series of explosions on August 16, a number of commentators supported the Kremlin electricity called for the Russian military to realize previous warnings.

This is an action to protect our sovereignty, he said.

But in the online speech on August 16 at the Security Conference in Moscow a few hours after a series of explosions, Putin did not mention the attack.

The situation in Ukraine showed that the US was trying to extend this conflict, he said.

With very few steps achieved on the Donbass battlefield last month, Russia is consolidating control over territorial areas, according to Western analysts.

But two explosions on August 16 in the city of Melitopol controlled by Russia destroyed two television stations broadcasting the Kremlin electricity support program, according to former Mayor of Ivan Federov.

The bullets in Mayskoye village continue to detonate on August 17, as a sign that the vulnerability of Crimea.

Russian military commanders will be increasingly concerned about the security situation in Crimea, which plays the role of their rear base, British intelligence on August 17 commented in the Ukrainian battlefield report.